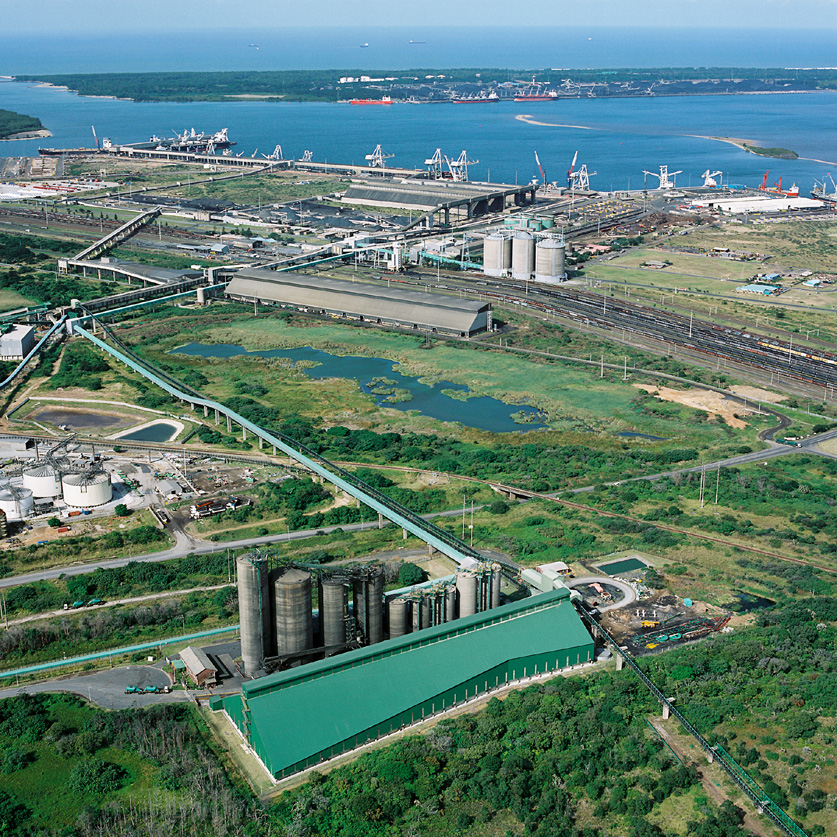 Richards Bay is southern Africa’s leading bulk port. In the foreground is Grindrod’s Kusasa bulk products terminal that comprises warehousing (60 000m3) and silo capacity predominantly used for heavy minerals (phosphate rock and metal ores). These facilities are also connected to the port by a conveyor system that is shown in the image above. In the background is the Richards Bay Coal Terminal through which about 70 million tons of steam coal is exported each year to Asia, Europe and other importing countries. Photograph : Grindrod